Are Rivers Safe To Drink From? 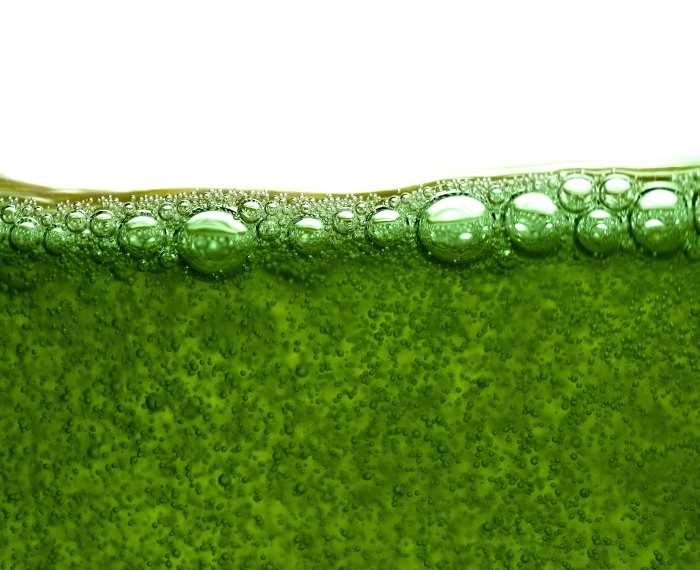 Drinking from a river is a risky proposition. Even if the water is crystal clear there could be bacteria, viruses, parasites, and other contaminants present. Ingesting these could cause you to become very ill or in extreme cases cause you to lose your life.
That being said there are some other criteria you could use to help gauge the risk level of drinking from a river or natural water supply. Keep in mind that even if all the criteria seem to be favorable the risk still remains. So unless you're stranded in the middle of nowhere and on the verge of passing out it's best to hold off on the urge to drink until you can get your water from a safe source. As a general rule of thumb people can go 3 to 5 days without water. How long or short you can last without water depends on the hydration level you started in and the condition of the environment you find yourself in. If you're stranded in a hot dry environment then you're going to dehydrate at a much faster pace.
Here are a few things you could consider when gauging the risk level and your need for hydration:

When people think about river water sources the first and most common guess is probably going to be rain. That's a logical guess considering rain is a common event in many places of the US and brooks and streams eventually drain into rivers. Rain isn't the only source of river water though. There are actually multiple sources of river water that could be at play.

Rain As we discussed rain is for sure one of the more common sources of river water. Generally speaking geographies that are less flat are going to channel more rainwater directly into the rivers and will experience more flash flooding.

Snowmelt A second source of river water can be snowmelt. Any mountaintops that accumulate large snow packs during the winter months are going to contribute to river water. This is more likely to happen in spring when temperatures start to warm up and the snow line begins to move up the mountain.

Springs The third source of river water can be springs. While very few rivers are entirely spring fed there are many rivers that are partially fed by springs. A spring is a natural exit point in the ground that where water exits from having passed through water permeable soils and rock fissures.

Oceans A fourth source of river water can be the ocean. Rivers that lead to an ocean are eventually going to meet with sea water. As the ocean level rises and falls with the tide some of that ocean water can get pushed up stream to some extent. This water is referred to as brackish water where the salinity content is higher than fresh water but lower than ocean water.

So what's the difference between the sources you might ask? Is one better than the other? Well if we had to pick one of the four above sources to drink from we'd go with the spring water. The water permeable soils that spring water pass through act like a giant filtration device and can produce water that's safe to drink without any additional purification. Since the water is coming directly from the ground there's less chance of containments being present. Having said that just because it's a spring there's still no guarantee that the water is safe. In addition to bacteria, viruses, parasites spring water could contain heavy metals. While one drink is unlikely to cause any long term harm repeatedly drinking water that's high in heavy metals could lead to several health related problems.

What the does the river flow past/through?

Water is like a giant conveyor belt that can span hundreds of miles. As the river meanders its way through the landscape it will pick up things and deposit others. It's because of this very nature that the path a river takes can change over time. Sediment is picked up and deposited elsewhere. This not only changes the water's path but it can also change the water's depth. So what does this aspect of water have to do with drinking? Well if the water passes along areas of land that are known for agriculture, urban areas, or livestock you can bet that at least some aspects of those land uses are ending up in the river.

In the case if agricultural areas the threat is mainly pesticides, herbicides, and fungicides. In addition to the chemicals that are used to ward off things that are damaging to crops farmers often use concentrated fertilizers to help promote crop growth. As rainwater and field irrigation washes over crops and soil some of these elements can make their way to a nearby stream and eventually end up in a larger river.

In the case of urban areas there are some other risks to be aware of. Similar to agricultural runoff urban runoff can be less than healthy. As vehicles traverse through urban areas they're constantly leaving behind their mark. While it might not be obvious to the naked eye they can leave behind trace amounts of carbon, rubber, ceramic, metal, oil-based fluids, and engine coolant. Next to some roadways there could be an elaborate sewer system that moves human waste from homes to water treatment facilities. In some cases, where flash flooding occurs or larger flood events happen, those sewer systems can be overrun with water. When this happens they get backed up, and overflow into nearby waterways. That means trace amounts of untreated sewage water are making their way into nearby rivers. Water that does make its way to a sewage treatment facility will get some level of treatment and in some cases the partially treated water is fed directly into a nearby river.

In the case of livestock you have a high concentration of animals in a relatively small space. While most of the animal waste will remain localized in a hilly terrain there's a greater chance that there will be some waste runoff. That runoff could eventually make its way into a nearby river.

How fast is the river flowing?

Most people don't realize it but the speed at which water flows in a river could also increase/decrease the risk in drinking from it. Bacteria are just small single cell organisms and like any organism they need sustenance to survive. When you put bacteria into a slow moving body of water it provides an environment that's easier for the bacteria to adapt to. Conversely when you put bacteria into a fast-moving body of water navigating it and getting the sustenance they require gets much harder.

Another benefit to a fast-moving river is that it's less inviting to animals. They're less likely to wade into fast-moving water and spend extended periods of time in it. Less animals in the water likely means less risk but it certainly doesn't mean that there's no risk. Animals need to drink just like you and I so even if the water is fast-moving it will still attract animals in general.

What's the temperature of the river water?

Most people know that if you're going to drink water that wasn't obtained from a potable source the one thing you must do is boil it. Boiling water is the best way to ensure that you're killing viruses, bacteria, and parasites. In order to ensure you've reached the critical temperature you need to bring it to a full rolling boil for at least 1 minute (3 minutes for elevations above 6,500 feet). If you're unexpectedly stuck in the middle of nowhere boiling water might not be an option for you. Either you don't have the ability to start a fire or you don't have a container to heat the water in. So what impact does the water temperature have on the safety of drinking it? This point goes back to providing an environment that's hospitable to organism growth. If the water temperature is moderate to warm organism growth is going to be better suited for propagation. Just because the water is cold doesn't mean it's safe. Bacteria could still be present in cold water there just may be less of them.

How desperate are you for water?

Everyone has experienced dry mouth from time to time. It usually happens when you're under hydrated and then you physically exert yourself. It's not a fun physical state to be in but it's usually temporary. In situations such as this your best bet is to avoid drinking from any natural water source. Hold out until you can get a hold of something that you know is safe to drink. If you end up ingesting water that has viruses, bacteria, or parasites you'll be regretting the decision to not wait.

What if you're in a situation that's more extreme? As we mentioned earlier as a general rule of thumb people can go 3 to 5 days without water. If you're only hours into an ordeal that has you stranded in the middle of nowhere you probably don't need water just yet. Some early symptoms of dehydration can include: dry mouth, lethargy, muscle weakness, headache, and dizziness. At this point your best bet is to reduce your physical activity or at least slow down your pace. If severe dehydration starts to develop you could begin to experience some more intense symptoms including: lack of sweating, sunken eyes, shriveled and dry skin, low blood pressure, increased heart rate, fever, delirium, and fainting. If you're getting to the point where you can't even remain conscious it's probably at that point that drinking from a natural water supply is the lesser of two evils. The reason you should hold out as long as possible is because ingesting tainted water could result in diarrhea and/or vomiting. Both of those conditions are going exasperate your dehydration problem not to mention make you feel even worse.
< Back to the list | Previous Post
Never miss a new post. Subscribe via email today and receive site updates.